Blanca is Matheus's younger brother and closest subordinate. He is Bon's uncle.

Blanca is a pure white shepherd. He has two scars next to his left eye and, since Orion's attack, has a partly scalped forehead.

Blanca was given the task to find Bon along with his troops, who had gone missing for a while. In their search, they find Jim and Keeper, some of their comrades, hanging on a tree branch for an hour and they make fun of them. The two Shepherds explain that it was Bon who told them to do this and yet they don't know where he went.

As they continue their seach, they caught Sasuke, Heizō and Tyson in the brush and they attack them. As Blanca ordered his men to kill them, Sasuke told him that Bon was back at his older brother's lair to prevent themselves getting killed. The white Shepherd decided to send one of his subordinates back to the lair to see if Sasuke was speaking the truth, while he and his men keep the three Ōu soldiers as hostages.

Later, Bon ran towards his uncle, lying to him that his father is in danger. Blanca and his platoon, who were easily fooled by Bon's ruse, rapidly head to Matheus' aid. When they returned, they noticed the Ōu soldiers were still alive and the Kurohabaki Clan Shepherds persued them (except Matheus and Bon).

As Blanca and his troops kept up the pace, Sasuke accidentally tripped and Blanca grabbed him. As he was busy beating him, Orion rushed toward him to save his baby-sitter and used the Battōga right on Blanca's forehead. The blow gave Blanca a very bad wound. Matheus' subordinates took him to their boss, who was furious. Bon smelt Orion's scent from Blanca's fur.

Much later, Bon dives into the Kōga pool and finds Blanca alive in the underground cave. Blanca flees before the Ōu soldiers see him with Bon. He had lost a large piece of skin from his forehead to his neck. Blanca recovers somewhat and leaves the safety of the cave. He goes to a nearby river for a drink but stops when he sees Orion running towards him to finish him off. Blanca panics and dodges the Battouga, which confuses Orion. He notices two Koga dogs with him and flees into the river which leads to a waterfall. Blanca and Orion attack each other and fall over the waterfall, causing Orion to black out but Blanca escapes.

Weakened by the fall and his head wound, Blanca collapses by a tree in the nearby forest. At that time, a small family of dogs walks by and the puppies go to investigate Blanca, asking if he is okay. Their mother shows concern for them and tells them to leave him alone, but at that moment he takes one of the puppies as a hostage, knowing Orion will catch up to him soon and he has no strength left to fight. Blanca sends the mother and her pups away as he keeps one in his grasp, but soon Ogasawara Gennai appears and confronts Blanca when he sees the pup in danger. Blanca attacks the large dog but is easily thrown over and pinned to the ground. At this point, Blanca goes insane and attacks without thinking of his injuries, but his lack of strength keeps him from killing anyone.

Gennai picks Blanca up by the neck and slams him to the ground, on the back of his head and neck, which leaves the dog near death. Orion shows up, followed closely by Bon. Bon approaches his uncle and tries to get him to stay conscious. Blanca whispers a message into Bon's ear before dying from his wounds His body is buried as Bon cries over the grave, revealing the Blanca told him to stay with Orion as he'd be safe and could live a happier life. 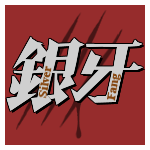 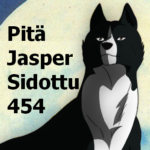